I’ve been doing bike tours of Golden with friends. I do the “tours” because I enjoy biking around Golden, and I like to share that joy with others.

What participants have said: #

Here’s a few sample rides of what the bike tour might look like. Going forward, I’ll make sure to record the actual bike tours, and I’ll include pictures from the tour. 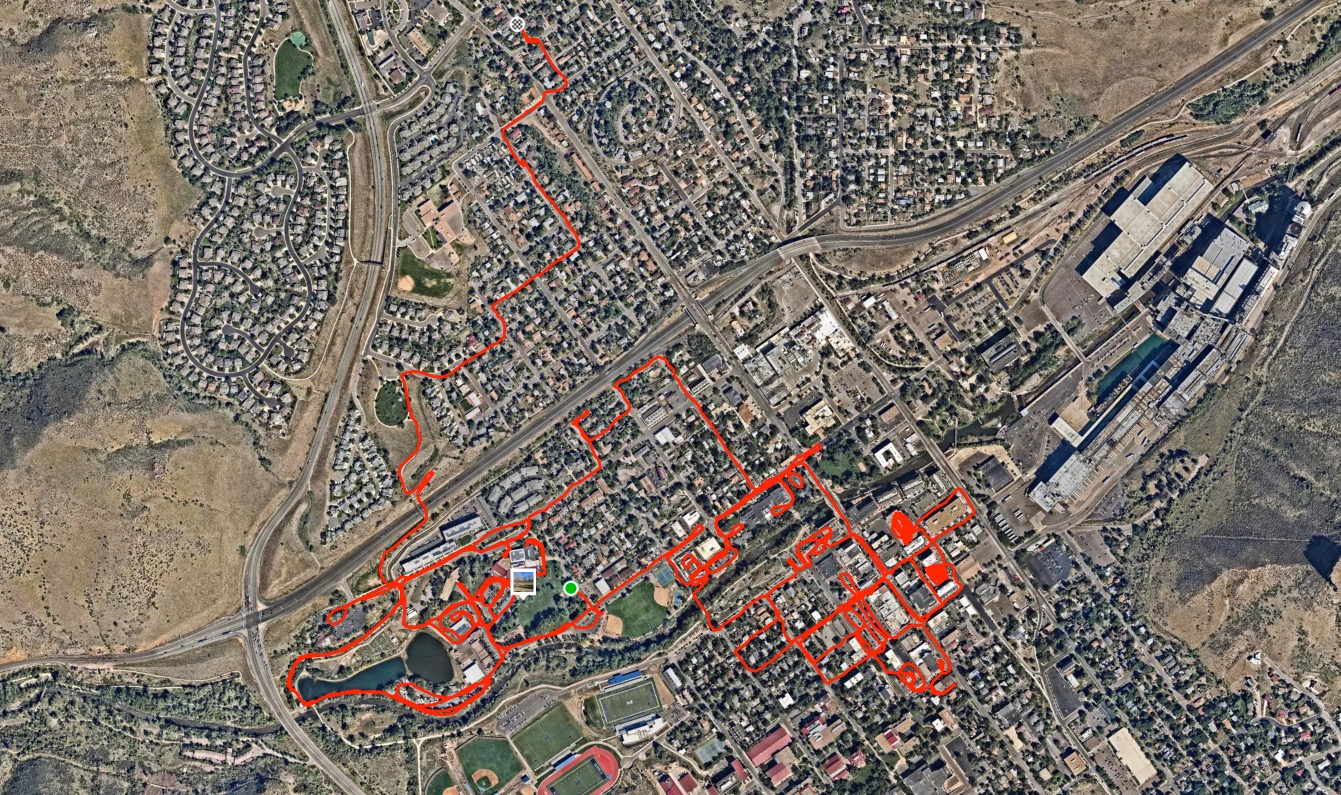 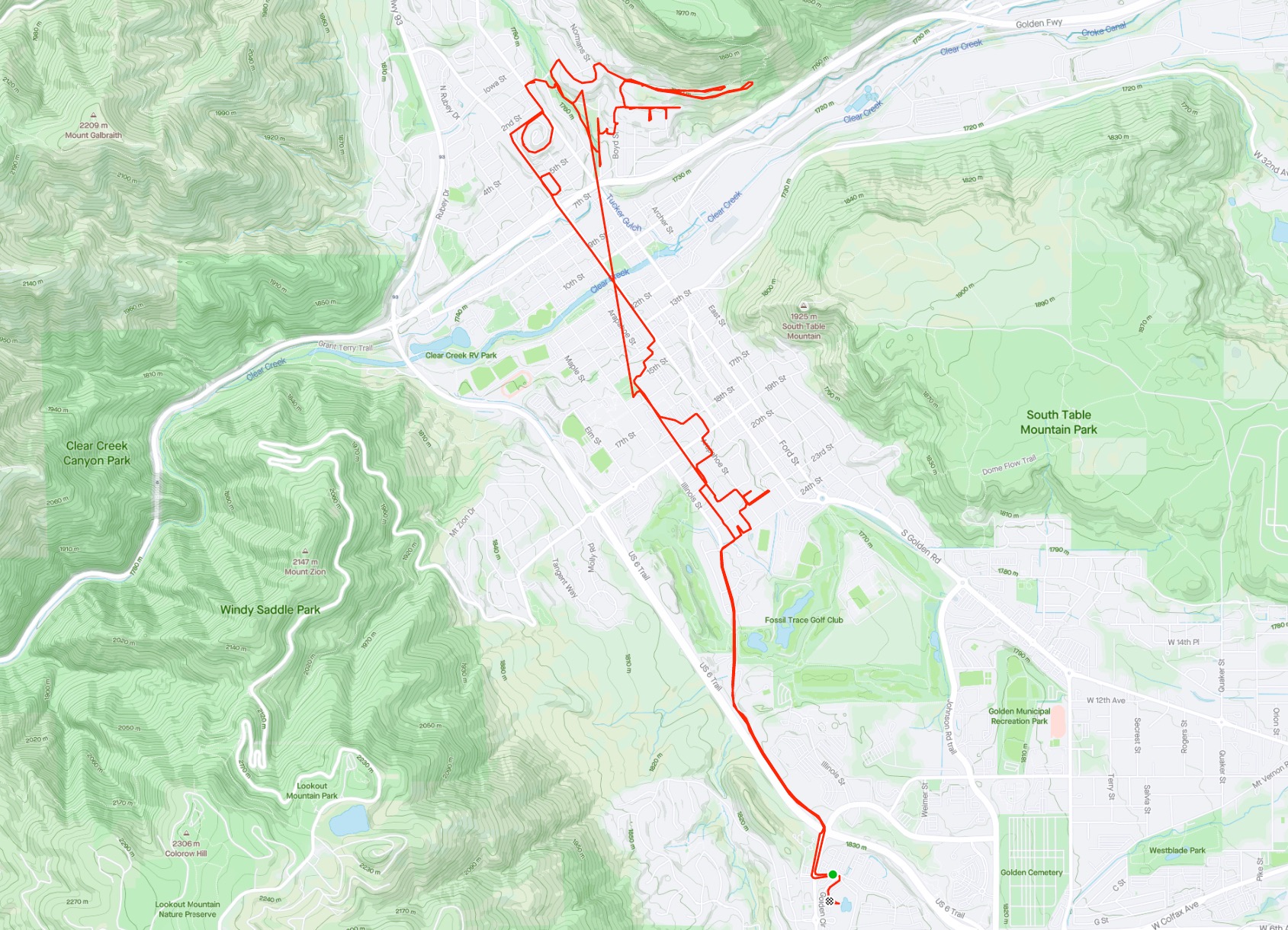 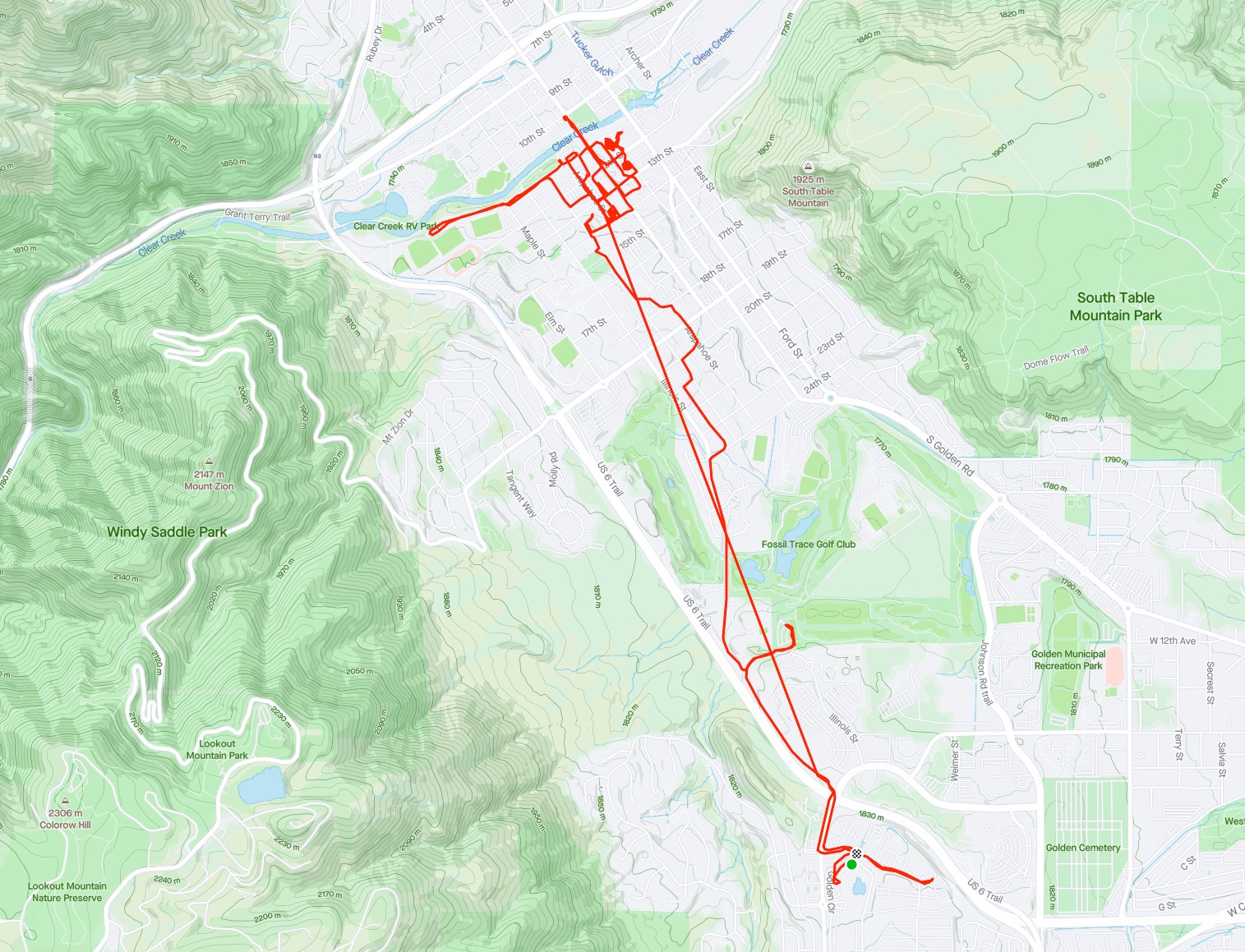 I do “Private” tours, in that it’ll just be me and you, and anyone else you want to invite along. Maybe some day I’ll do scheduled larger-group tours, but not yet.

Make a payment, and I’ll email you to coordinate a good time, working around our respective schedules and weather and such. (It’s 6 degrees with 6” of snow outside as I type these words. 🥶)

The first principle of selling anything is to give people options. I love to grab a ☕️, 🍻, or 🍷 before, during, or after a bike around Golden.

Book this option, and I’ll make sure the tour includes a stop by at least one of Golden’s many coffee shops and breweries. First drink is on me!

How long will the tour be? #

Depends on your preferences. At least three miles, less than ten. Budget an hour, or an hour-and-a-half.

Yes! Bring a bike, a helmet, and ideally a front and rear light for your bike. We’ll be riding on streets, and it’s as fun to bike around at night as it is during the day.

If we’re out at night, the front white light and rear red light are mandatory. Lets not get hit by cars!

Where will we meet? #

What if I have to reschedule? #

If it snows, or it gets super cold, or your schedule changes, we can easily reschedule. I live in Golden and bike around it all the time (during the day and at night). It’s rather difficult to inconvenience me, and rescheduling a bike tour isn’t inconvenient at all.

What happens when I pay? #

I’ll send you an email, we’ll figure out a good time, a place to meet, and we’ll bike around for an hour or so. It’ll be a bike tour unlike anything you’ve ever had. 😁

I have a question you’ve not answered. How do I ask it? #

Shoot me an email ([email protected]) or send a Twitter DM: @josh_works