I generally think that if I write what I am thinking about, I can think about it a lot better. Writing has a clarifying effect (or is it affect?) on thought. 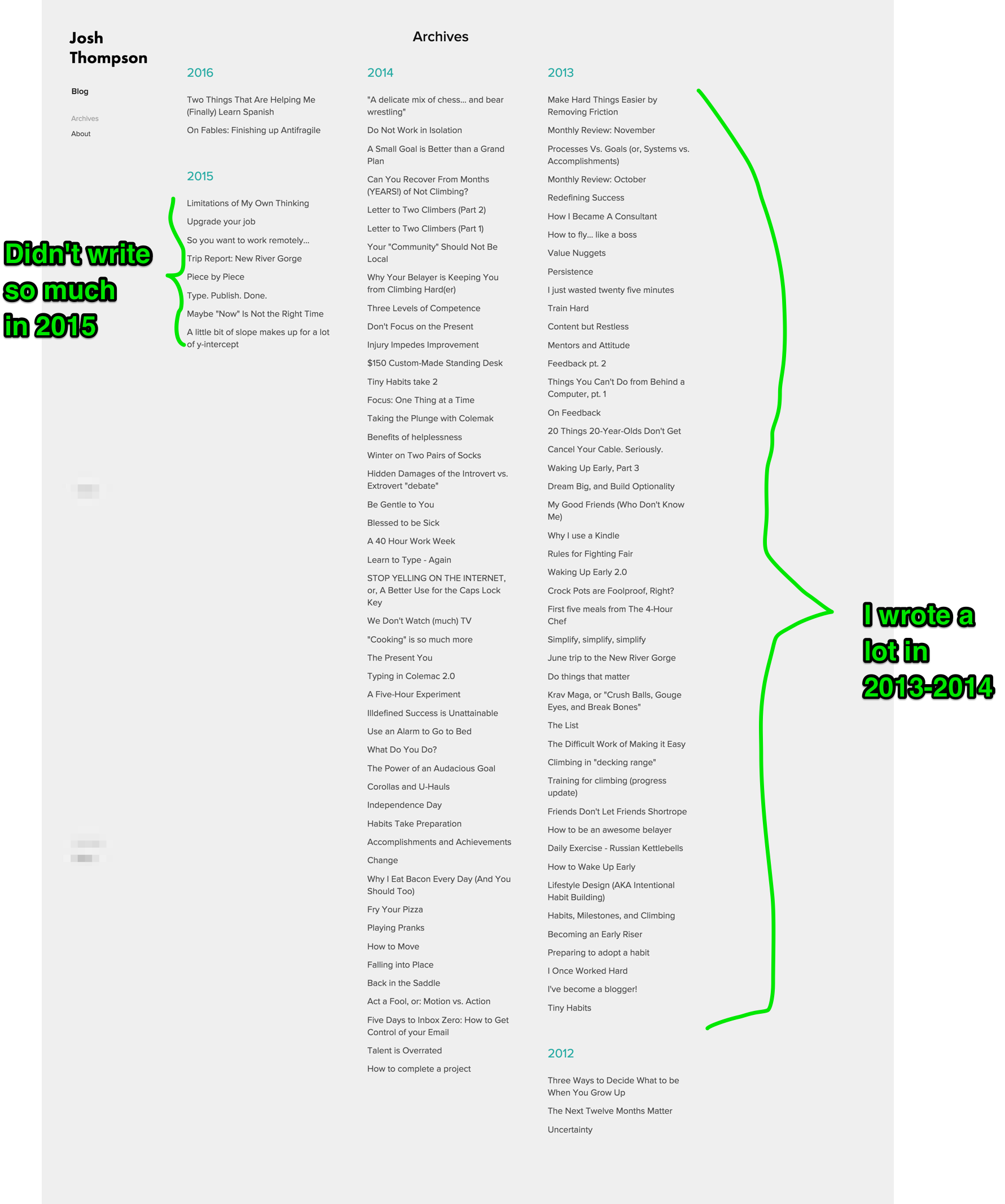 I’m not sure why I wrote so much less in 2015. Much of what was on my mind I was reluctant to publish, because most of my extra brain power revolved around travel. Kristi and I have been traveling full-time for the last six months, and I didn’t feel like I wanted to be a travel blogger, or run around tooting my own horn. (Prior to beginning full-time travel, we were thinking and planning a lot.)

I’m also dialing back whatever imaginary standards I had in my head about what I should and should not write. It doesn’t matter. This is my corner of the website, I can put whatever I want on it. My theme is still deliver value via my words, but that doesn’t limit me exclusively to guides about how to do stuff.