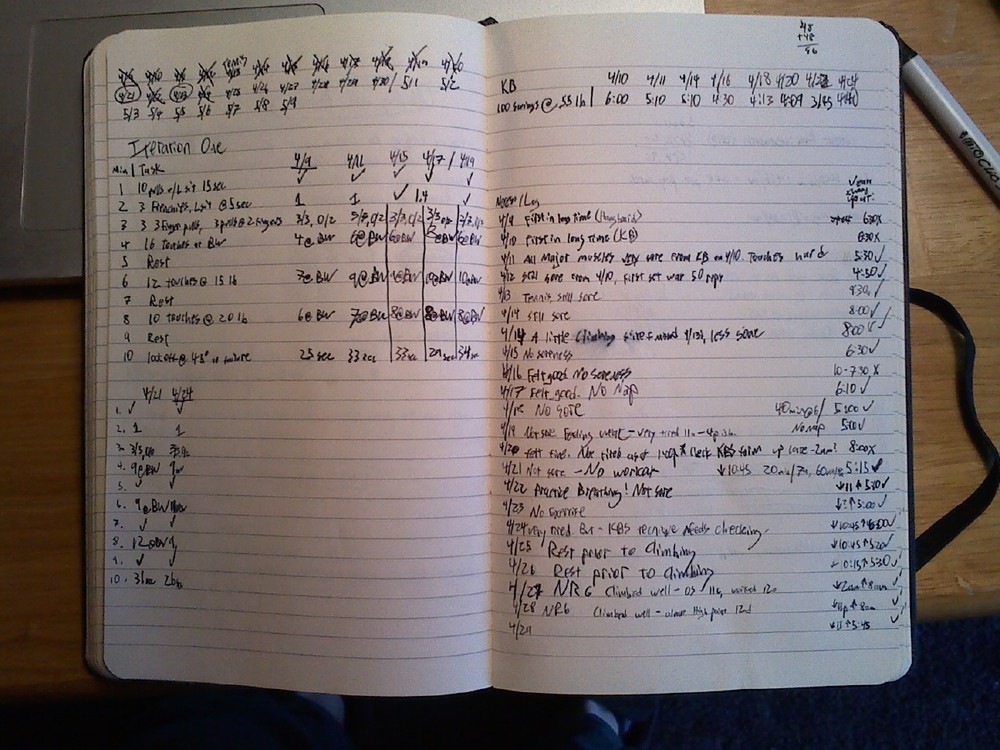 Since April 9th, I have spent exactly 70 minutes training for climbing. Prior to April 27th, I have climbed exactly seven times in the last five months.

I just spent two days at the New River Gorge and exceeded my expectations, considering my almost half-year hiatus from regular climbing.

I’ve been training my climbing-specific strength every other day using a metal door frame in my apartment - it takes exactly ten minutes, and I record exactly how much of each task I accomplish, so I can see trends (hopefully upward) over time. more

Through a totally non-scientific process, I came up with the following ten-minute workout. Each minute I begin the task, and if I finish it before the minute is up, I can rest. If I can’t complete the task, I record how many reps I did. The first three minutes are an abbreviated warm-up. 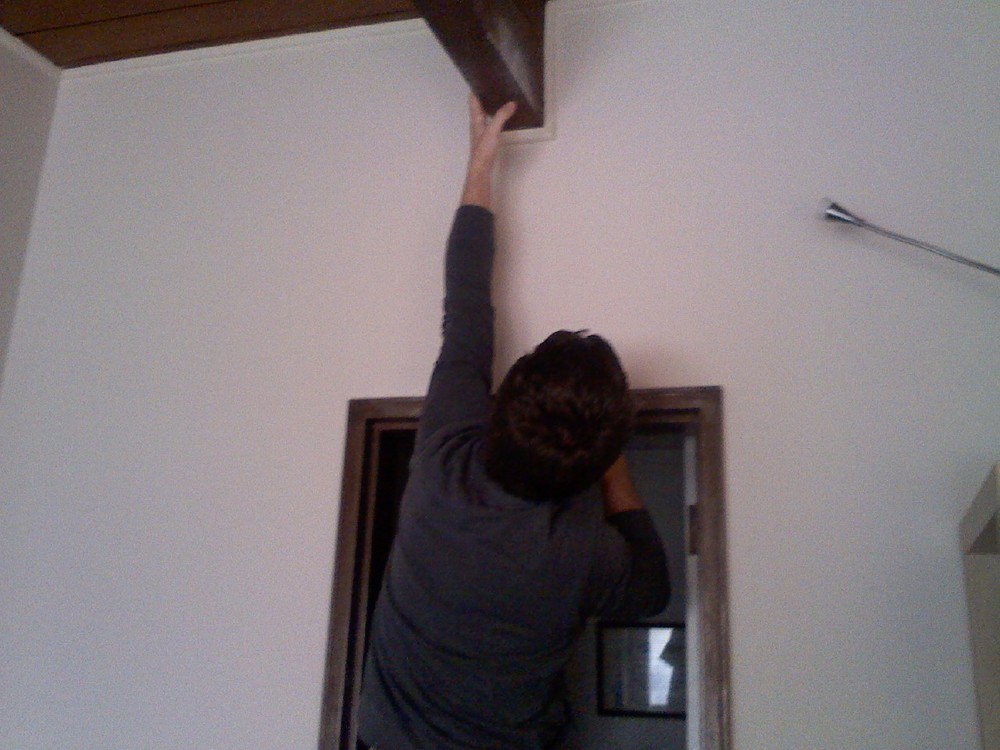 Using this workout, I could make a very limited time investment and track my returns. My initial gain was huge: 33-50% improvement in most areas over two weeks. I suspect, however, that all of that improvement was just getting back to my prior levels of strength.

The Importance of Goals #

I completed my first “iteration” seven times over two weeks. I had significant improvement from the first workout to the last. Two things kept me motivated to keep trying hard at this workout:

I am now updating the climbing portion of my exercising. (Every other day I alternate training for climbing and Kettle Bell Swings) I will focus on more dynamic movement, and I’ll start adding weight. I am heading back to the NRG in a month or so, so I will get to give my “benchmark route” another attempt.

The route is called Lactic Acid Bath, and it’s a steep route that, as the name suggests, easily generates tremendous amounts of lactic acid. I’ve tried it a half-dozen times over the years, always to be amazed at the sheer power and endurance required to send such a route. Late 2011 was the first time I was strong enough to do all the individual moves, and I was able to finish it. Mid 2012, when I was in very good climbing shape, I did it with one fall. That is the best I’ve done on LAB.

This weekend, after five months of barely any real climbing, I was able to get to within three moves of my prior high point. (For those of you that know the route, I barely got to the knee-bar rest a few feet above the crux undercling section.) I was too tired to go any farther, but I was still tremendously pleased.

The biggest breakthrough I have had recently is not specifically the training, but this method of training - building a workout and meticulously recording my progress. Without those meticulous records, I would not be able to see much improvement at all, and I would quickly grow demotivated and bored. I am now excited every time I get to work out, to try to push one or two numbers on rep farther.

How about you? Do you record your progress with great detail when you train? If you’re at all like me, you don’t record that stuff - you’d rather just climb.

Do you think you should start tracking (in detail) your training?

Was this article useful? If you shared it on Twitter or Slack/emailed it a friend, this would be a big help to me, and hopefully them! 🙏

Did you enjoy what you've read? You'll probably like my ✉️ newsletter.

Here's a sample of what I send. I will treat your email address with ❤️