note from October 5, 2021: This was typed up/published in about 20 minutes, took 2x as long as I wish it had. I could make it 10x better with another hour of work, but I only have 20 minutes.

I’m a fan of “conceptual frameworks”

This concept has been important to me: 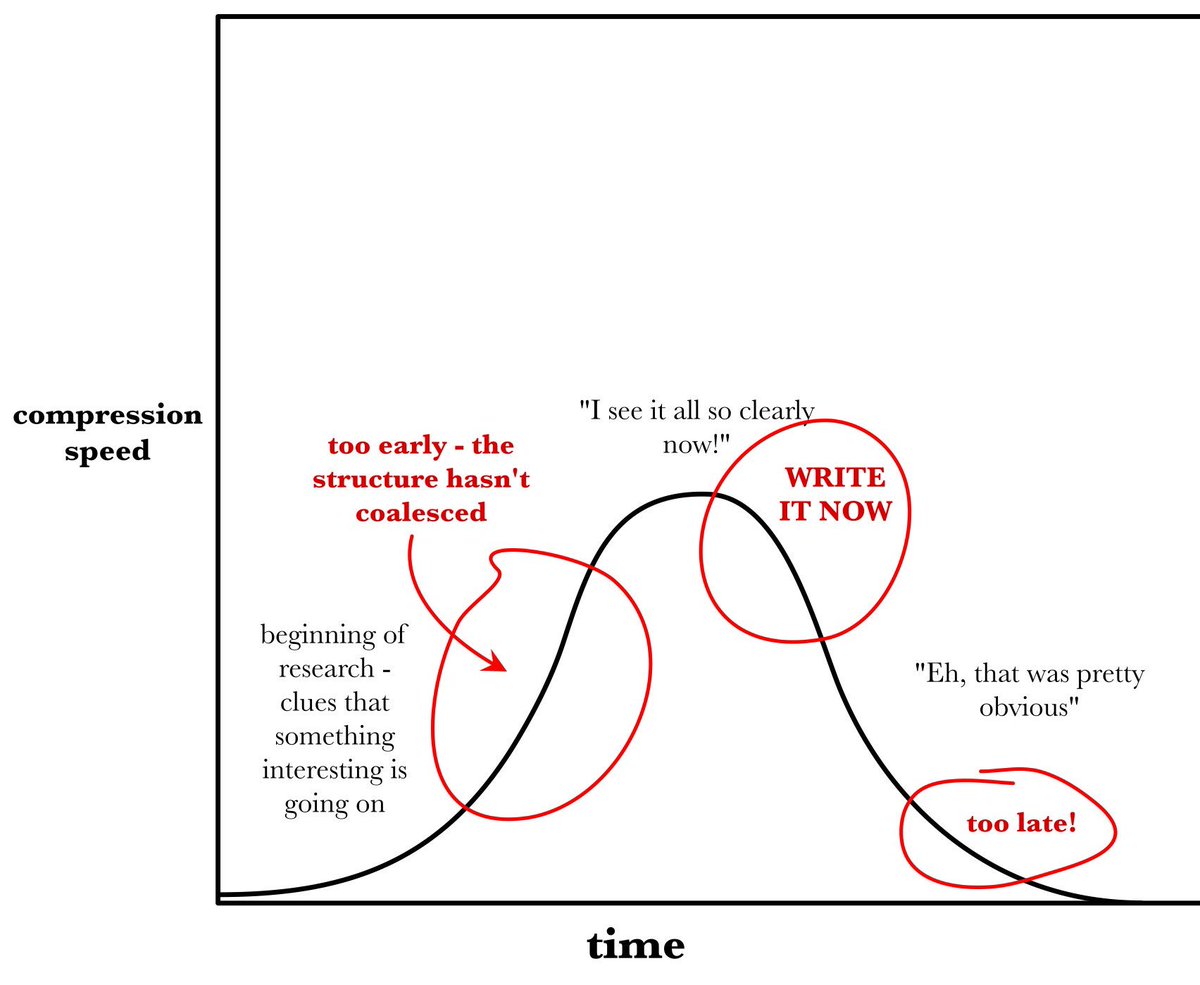 I’ve referenced it, almost apologetically, in a few other things I’ve written recently.

Usually I’ve just slapped it into an email or linked from another blog post, as a bit of an “i’m sorry” for how much work I might demand from the reader, or how unpleasant or confusing what I’m writing might be.

I feel like I often self-censure in an attempt to make something “better” than it is, and in doing so, fall off the back of this curve. (or I let vague concerns about quality/execution/time delay me from writing anything, ever)

I will reference this page regularly, in some ways to act as a defense against some very obvious criticisms. IMO, I’d rather throw 10 things as the wall quickly in a week, instead of 1 thing every other week.

If I propose something that sparks “controversy”, however that is defined, I’ll gladly cross that bridge (or burn it, if need be) when I get there.

If you’re a software developer, and use Github, you are welcome to leave a comment below (the link takes you to a comment on a dedicated Github Issue page: https://github.com/josh-works/josh-works.github.io/issues/49), or on any page around here with this link. I added this comments thing only recently, and still have not scripted an API call to auto-generate a new github issue when I write a new post. So… I just don’t bother, at least some of the time.

Here’s other things I’ve written along this vein:

Read around the internet, viewed as permission/empathy:

I periodically re-visit and update things I’ve written in the past. This post is one of them. Sometimes I modify my writing substantially - I sorta publish and edit in public, so most of what you see around here could be considered in some form of draft. This inclination stands in contrast with a writing style/content that can sometimes be considered ‘spicy’, for some definitions of spicy.

Additionally, I am often wearing my software developer hat, in which it’s trivially easy (and a common part of our job) to see what prior versions of text files contained, and to make additional changes to files of text. There’s an ethos in the community2 of software people around adopting norms like ‘working in public’ and ‘publish early and often’.

I’ve considered adding links to every page on my website that say “see prior versions of this file”, so if I wrote something contentious, like: ethnic cleansing is everywhere and ongoing and its a Big Problem. and when you text a link to your friend saying josh is a turd look what he said..., and open up the page and see something like:

In The Slaughter of Cities, Jones tells a compelling tale of how regimes of systems and people involved in ‘urban renewal’, was the primary tool used by certain ethnic groups to displace other ethnic groups from certain geographic places.

That second one seems… boring, right? Or at least… muted. It’s passive voice, it’s just a link to a goodreads page for a book. It doesn’t seem to say quite the same thing, and yet… it still does. It’s “just” muted, hidden, or at least boring. Few people would click the link to see that the full title of the book is The Slaughter of Cities: Urban Renewal as Ethnic Cleansing, but some of you that did click through would understand what I’m saying.

I sometimes bore myself with my own writing, so I’d believe your claim of boringness. I also sometimes write exclusively for my own purposes, or perhaps I am trying to squeeze a lot into as few words as possible. Regardless, my writing reflects various degrees of doneness and structure.

A lot of people wouldn’t click the link (clickthrough rates, lol) and who knows how many of them would come back. Those that do would see a Goodreads page for an almost 700 page… what? Amazon doesn’t even have it in stock! The “buy on Amazon” link is broken. and if you do what i did - search manually for it (sounds like you’re on a keyboard and not on your phone reading while you’re going to the bathroom…) you’ll see that it doesn’t even have a listing on Amazon!

Anyway, you’re not going to get the book, no matter how provocative the title is. (Unless you buy it straight from the publisher, which is like the 4th google result, and is how I got my copy.)