Exercise. It makes most people either cringe or salivate.

Those of you who love exercising for the sake of exercising - you can stop reading now. This information is probably not relevant to you.

Those of you who don’t like to exercise, but know you really should exercise regularly - keep reading!

In general, I don’t like exercise for the sake of exercise.

For most of the last six years any time I exercised, it was to get better at climbing. I used to run regularly, too, until after one particularly long run (I took some wrong turns) I quit running. Cold turkey.

I hated being miserable, even though the feeling that comes after running (and sometimes during) is not so bad. Besides, I climbed. I did not need any more life-consuming sports. 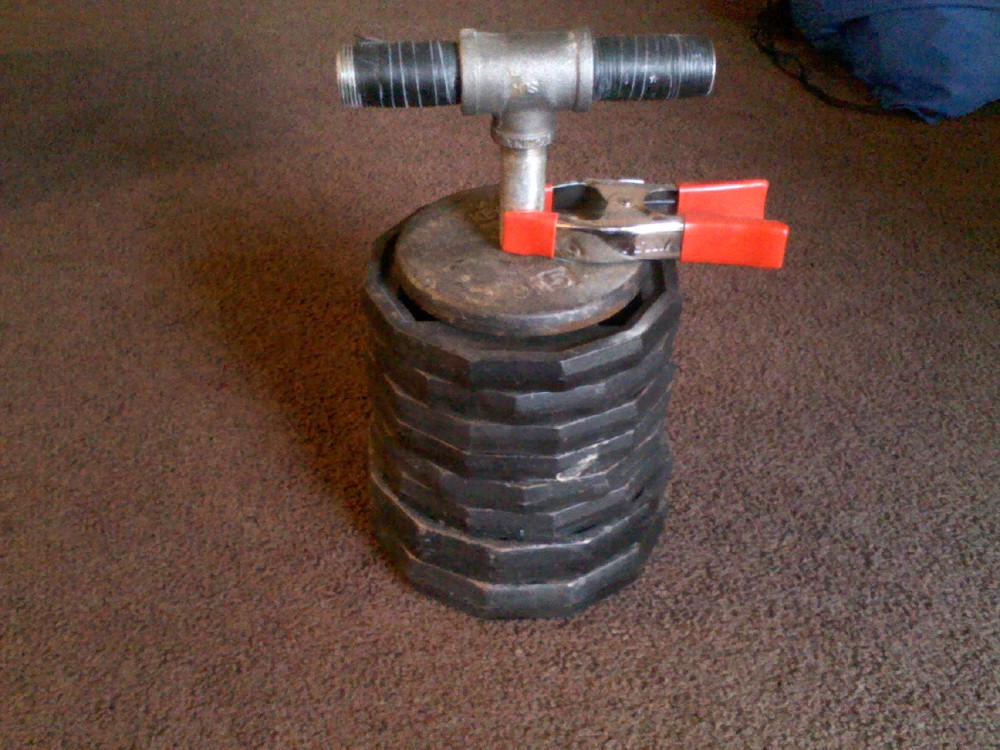 Well, I still climb, but now my training is broken down between occasional weekends spent climbing, and the rest of the time training about ten minutes every other day for either climbing or “general exercise”.

It sounds pretty relaxing, and it is. I love it.

I am getting stronger on an extremely modest time investment. When I climbed indoors, I usually wouldn’t even have my climbing shoes on within the first ten minutes, and once I did get them on, it would take two hours to get in a good session, and I was never confident that I was getting stronger.

I did many different things in a gym, most of them probably useless, and a few things (which ones? I don’t know) helped me get better at climbing.

As I was planning my climbing training, another exercise came to my attention. It’s called “The Swing”, referring to Russian Kettlebells. I first read about it in The Four Hour Body, and on Tim Ferriss’ blog, and then I learned about the huge (cult-ish) following kettlebells have.

I read long lists of reasons why they were great, and then I learned how to make one myself.

I swung by Home Depot, and bought the necessary pipe fittings.

There are plenty of good tutorials on how to build your own kettlebell, so I won’t go through it here. One note, however, is this: I originally used 4” pipe nipples, but the handle was so large I was hitting my legs when I was doing the swings, so as you can see, I used 3” pipe nipples. (Stop giggling) 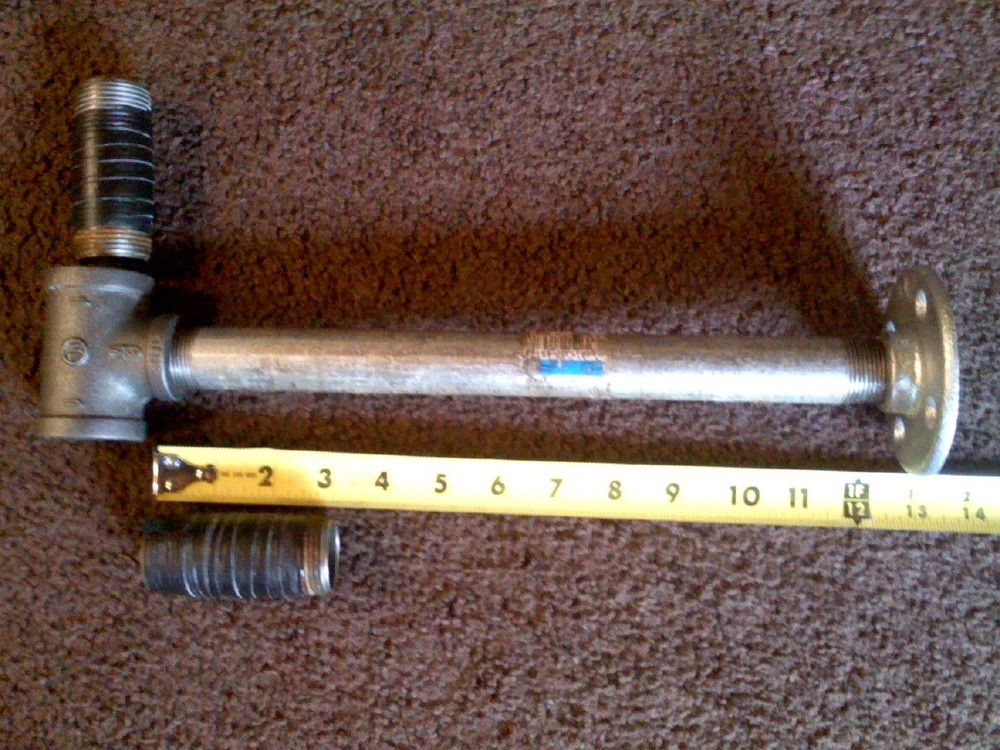 I had weight plates from high school, so I didn’t have to try to scrounge those up, but I’m sure that with a little checking around Facebook or Craigslist, you could find someone willing to give you (or sell you for very cheap) the weight plates. I have 55lb on mine, and I don’t have any desire to make it any heavier, yet.

I begin my workout by carrying the apparatus from the bedroom to the living room (eight steps) and then I do a few squats and some light stretching.

I get a timer set up, and then I begin. I complete 100 swings in as short a time as possible.

The first time or two I did the exercise, I had to take breaks every fifteen or twenty swings, now I’m up to being able to do up to 65 in a row. When I get too tired to keep doing the swings, I rest for about 30 seconds, then I get back at it, until I’ve completed all 100.

I have 55lbs on the kettlebell, which is the higher of the “recommended weights” for men. Women are supposed to start in the 22-35lb range, I think. I just experimented with a weight that was too hard to swing more than twenty times or so my first attempt - that’s the general suggestion for figuring out how much weight to use for this exercise.

There were two primary reasons I decided to pursue this single exercise using this single tool.

Some of the most exciting strength benefits from this exercise has to do with my lower back - I’ve often had lower back pain, like most Americans, and couldn’t ever do anything about it. Once, a long time ago, I started doing deadlifts(wearing a onesie, just like that guy) and found that my lower back pain disappeared. I was thrilled. When the pain came back, I had looked into exercises that were similar to the deadlift, so I could eliminate that pain. I then stumbled onto Kettlebells.

Much ink has been spilled writing about kettlebells, and crossfitters love them. I won’t regurgitate all that I’ve read about Kettlebells, because I wouldn’t be able to do so well anyway. 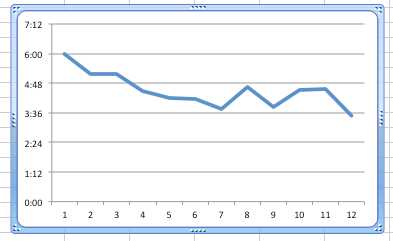 As I mentioned with my climbing workout, progress tracking is very, very important. It’s the only way to track incremental improvement, because you sure won’t remember many details about your improvement, especially a few days after the fact.

This graph on the right shows my time, from the first attempt, to the most recent, which was twelve sessions. It’s improvement indeed. Even if I did not rest, it would still take me almost three minutes, so I’m close to “maxing out” my time on this exercise. When I do that, I’ll move to heavier weights.

As you can see, I barely spend any time at all on this particular exercise. The first session took six minutes. That’s all the exercise I do on my Kettlebell days.

The time savings alone should intrigue anyone who’s interested in daily exercise but does not love the idea of carving out an hour to do so. If you have questions about how to build one, or start on your own, please let me know!