I Once Worked Hard

When I began working at my first job out of college, I knew I didn’t want to spend my whole career there. I was a college graduate (that means something, right?) working at a climbing gym, part time, teaching seven-year-olds how to climb at about $10 an hour.

I had no idea what I wanted to do next. A few weeks in, the company began preparing the space next to ours for a HUGE expansion; this climbing gym was to become (over the next nine months) the largest climbing gym in the nation.

I got to play a role by asking the COO if I could help on the expansion. He gave me a task, and left for the day. I had about 90 minutes before the construction site needed to be empty and locked, so I figured I’d just do the whole task before it finished.

My task was ripping about forty five concrete bollards out of the ground and stacking them near the front of the warehouse. Each one weighed at least ninety pounds, and was sitting on a rebar post buried in the concrete. To get each one out I had to lever each one back and forth to loosen it, and then use a wedge of wood to lift the rebar out of the ground.

Imagine you have a really drunk friend standing in front of you, and if you shake him hard enough, he’ll sober up. That was basically what I did, for all forty five. It was hard work, but I finished just as we had to lock up the space.

I later found that this was basically a test to see if I could finish a project without someone breathing down my neck. I passed.

For the next nine months, I replicated this pattern over and over, sacrificing my time, rest, and at times my safety to complete the expansion. I considered my high level of dedication to the goal to be the skill that I could bring to the table. I wanted to perform well and use my skills, and my skills were manual labor and simple craftsmanship. I heard from many different people that I was the hardest worker they’d ever met, and I earned the respect of almost everyone I worked with.

I thought this was all good, and I aspired to reinforce all of these perceptions. I worked extremely long weeks, I could go weeks without taking any days off, and I thought this was good. I had hopes to move up in management when the opportunity arose, and I wanted to be the obvious choice.

The only thing I knew how to do was work hard. 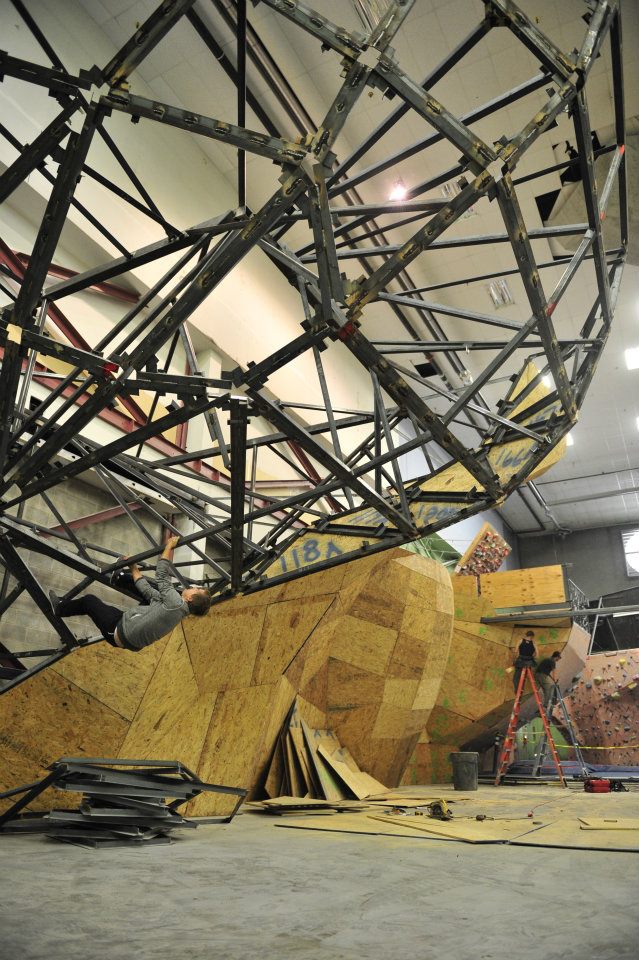 The expanded facilities being built, with just a little of the existing space visible in the back.

A revolution in my thinking occurred after the expansion finished. I realized that just working hard may make me stand out, but it doesn’t really matter. An entry-level programmer gets paid far more than a skilled and trustworthy janitor. The programmer builds things that did not exist, and solves problems that no one else has solved. I wanted to become more like a programmer, and less like a janitor.

Working hard doesn’t matter that much

I used to think of my job as something that I would do with excellence, and I did it with excellence. Over a few months, I started seeing my job (and its responsibilities) as a platform I could use to identify and then solve business problems. I started looking for processes that were cumbersome or annoying. I looked for ways the gym could offer a better product. I looked for ways I could help grow and develop our staff.

The more I looked, the more I found. I was soon aware of dozens of problems, and I could think of potential solutions to many of them. I could, with only a little effort, be known as the guy who identifies and solves problems.

I still worked hard, but I no longer tried to differentiate myself by going to great effort; I simply aimed for great effect. Every single one of these improvements was hidden to me until I started thinking about solving problems.