How To Write A Letter of Recommendation for Yourself

I meet regularly with early-career software developers. A few recurring meetings, 1x/week, plus ad-hoc calls as needed with others.

A question came up recently:

My three-month internship is close to wrapping up. The Co-founder/CEO/lead developer of the consulting company I’m at likes me, said he wishes he could hire me but cannot, because they don’t have enough work in the pipeline.

He said he’d write me a letter of recommendation, and asked me to draft it for him.

How do I write my own letter of recommendation, for my first real software development job? 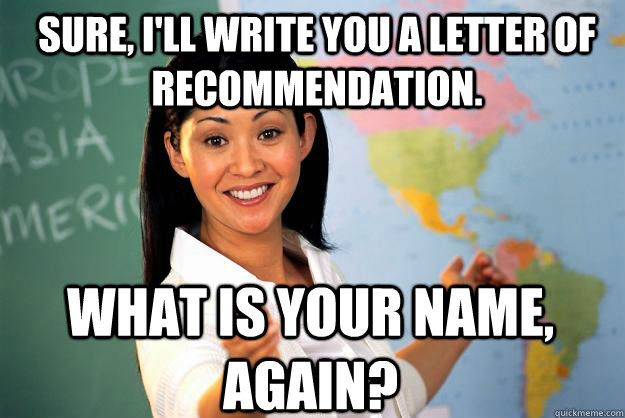 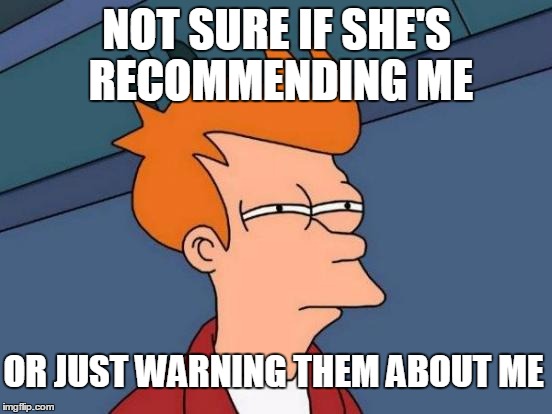 I explained a few concepts that we wanted to “speak to” in the letter. I’ll explain.

The software developer that I meet with mentioned that the CEO’s advice on the next job included “be able to speak to low liability”.

I wanted to dig into this “liability” piece.

How much does a bad hire cost? #

What’s the biggest risk in hiring?

It’s the risk of a bad hire.

How much does it cost to make a bad hire?

I would conservatively estimate that it costs $100,000 and nine months of your life. Here’s how the math works from a hiring manager’s point of view:

Add up the time/expense:

There’s nine months of your life. That’s 9 months of time, sure, but it’s also 9 months of opportunity cost. What if you’d hired a great candidate? They’d be rapidly approaching their first year on the job, and everyone would be happy about it, instead of this disaster you’ve had to deal with.

Here’s the really scary part: To large organizations (1000+ employees), wasting $100k is meaningless compared to the wasted time and mis-directed effort. The entire organization is more annoyed at having lost the time of a productive software developer. They don’t care that they lit a giant pile of money on fire, they’re annoyed that their competitor is getting new features out the door and gaining marketshare and the future of their $x,000,000 company hangs in the balance.

Oh, and the good managers, not only do they want to be wise with money and build features/gain market-share…

They want to see their team flourish.

Being fired is a life-defining moment. (I speak from experience)

If you’re a kind and empathetic person, it’s particularly unpleasent to fire someone and it feels like a personal failure.

You want to work for a kind and empathetic manager. (They’re not common, but they’re not impossible to find.)

So, tailor your letter to speak to the concerns of a kind and empathetic manager. This manager would:

A Primary-goal for an early-career software developer: Telegraph Low Liability #

First, when I say telegraph low liability I mean it in the sports definition:

In sporting terminology, to telegraph is to unintentionally alert an opponent to one’s immediate situation or intentions. The sporting use of the term telegraph draws a direct comparison with the communication device of the same name. “Telegraphing” always refers to a reflexive physical action rather than a protracted or intellectual give-away. For example, a boxer rotating his shoulders to throw a hook would be telegraphing.

You should aim to “telegraph” that you’re a low-liability hire without ever saying it so explicitely. It’s a subtle thing, best communicated incidentally, not directly.

Five years ago, I wrote So you want to work remotely…

First, there’s the matter of framing how you go about working remotely. Obviously you want to work remotely, but put yourself in the shoes of a prospective employer. They don’t care if you work remotely or not - they want you to do great work for them and make them an effective, profitable organization.

Companies that hire remotely tend to be younger, agile-er, and smaller. So every employee matters. Making a bad hire can be catastrophic in terms of money and opportunity cost. Your job is to make it very, very obvious that hiring YOU is a great decision. In fact, you want to be so good at what you do that passing up on you is a terrible decision.

When you can walk someone down the path from “Hire me” to “I’ll help you make $x00,000/year more than you would otherwise”, you’re talking their language. You’re telegraphing that you understand their concerns without ever stating their concern explicitly.

To bring it full circle, here’s how I would go about drafting a CEO’s Letter of Recommendation for me. If you find this idea uncomfortable, don’t worry about it. That’s a sign of psychological health, that you don’t love putting flattering words about yourself into other people’s mouths.

Normally, that’s a good aversion to have. For this particular situation, you’ll have to bite the bullet and move on. I’m not going to give you the actual words (how could I?) but I’ll explain my process. I’ll include comments throughout:

3. Say a complementary thing about yourself #

This is the first uncomfortable sentence you’ll have to write:

4. Share an anecdote that touches on the potential you show #

This can be hard to think of an anecdote. It might take a few attempts to feel good about the one you’ve chosen and how you speak of it. Just write something down, see how you feel, delete it, write something else down, etc.

5. Add a sentence offering to speak further about you #

It may be intimidating to hand something like this to your boss.

Would they really have said such kind things about me? Won’t it be awkward if they read it, and say “eh, you’re not this great, lets tone it down a bit.”

It would be awkward, but they won’t do that.

Instead, they’ll be thankful that you did all this work for them. You know what feels terrible?

really wanting to say a nice thing about someone, but good stories/examples of why they’re great don’t come to mind. You KNOW there are good stories and examples, but you don’t remember them all.

You’re solving a big problem for your boss, in writing this letter. That is why they asked you to draft your own letter of recommendation for them.

If you’ve been tasked with writing your own letter of recommendation and it’s super intimidating, get in touch and I’ll help you out. Writing the first one is the hardest, it gets easier as you go.

I’m not an expert on this kind of thing, but I always like finding templates others have given for how they do things. Don’t think that this is the Right Way or (heaven forbid) The Only Way. This is just how I do it. If you’d got a resource that has helped you, tell me about it and I’ll update this post with a link to it!

Lastly, if you got value from this blog post, I can probably deliver value to you again. Punch your email in below and I’ll let you know when I write other posts, or do a big update to an existing post.